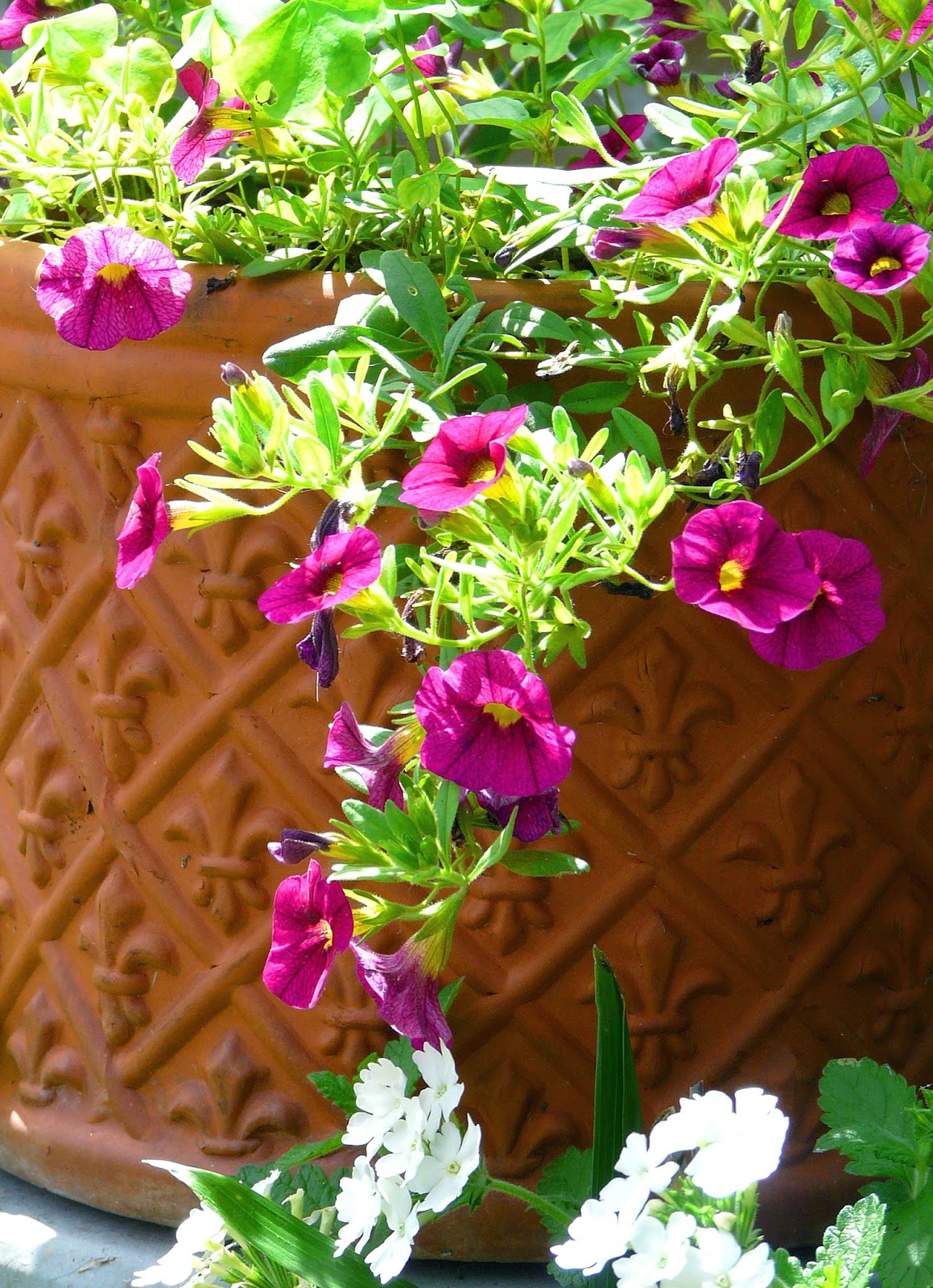 It may not be officially summer yet, but already I am full force into the summer garden.  Oh sure, the cucumbers, tomatoes and peppers are starting to yield what will be a great crop and I am picking pounds of produce every couple of days. 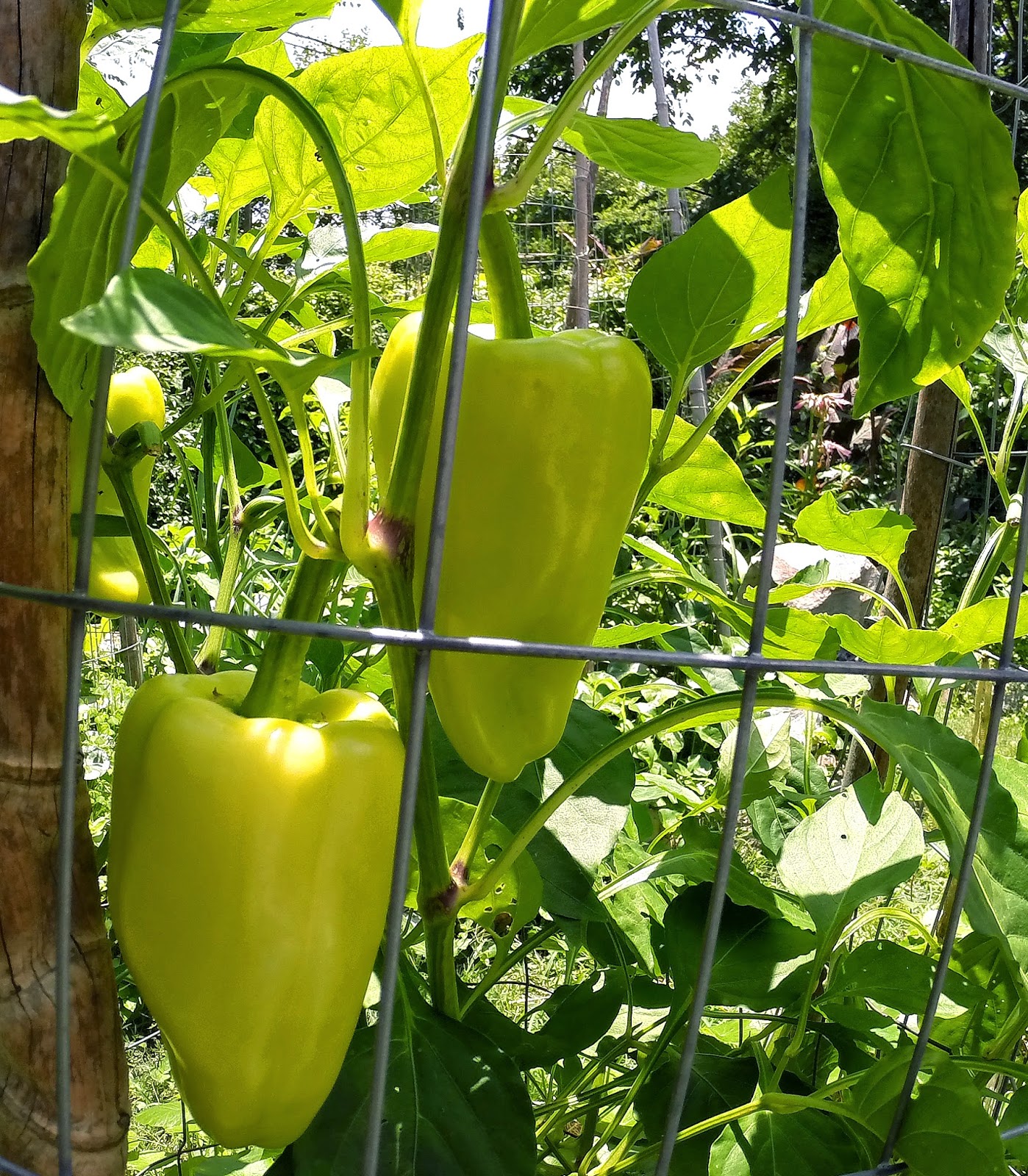 Already I harvested the Yukon Gold potatoes I tried for the first time this year.  I planted about a dozen seed potatoes and harvested about 10 pounds of potatoes.  This is not a stellar production, but since I got them in late and harvested a little early, it is enough for me to try again next season.

Although the weather has been very nice compared to years past, I know the heat is only going to go up and by the middle of July it will be all over for almost everything I planted in the spring.  Over, except for three summer survivors: eggplant, okra, and sweet potatoes.

Now I learned two years ago that if you plant sweet potatoes you can ignore them throughout the summer and you will have this verdant green vine smothering your garden beds all summer long.  In the fall you get to dig up these great sweet potatoes.  Last year I didn't plant any sweet potatoes, but because I could not find all the tubers I had an enormous crop of volunteers.  I dug those up last fall and set some aside.  Those tubers sprouted some sets and this year I already have my vines growing in the beds.  Sweet potato plants will make it look like you are an incredible gardener when the reality is you don't have to do anything from August through October to get a great yield.

Last year I also put in a couple of eggplants which produced a large crop.  I did not however make the most of them, but this year I came up with a tasty eggplant recipe, so bring it on eggplants.  My eggplant fandom has also been assisted by a local nursery having an eggplant sale.  For some reason they did not sell out of their eggplants this year and had dozens left which they wisely put on sale as two for one.  One of the dedicated nursery workers did an excellent job of keeping these plants watered and healthy even though they were root bound.  As a result I now have over a dozen eggplant plants growing in the garden.

I would not have had room for these extra eggplants if my squash plants had not just up and died.  It is not clear to me what exactly did them in.  Not only did the vines die out, but even the small fruit rotted on the vine.  This makes two years in a row that my butternut squash and other winter squash varieties have failed me.  I am starting to take this personally.  I might try again with a fall squash planting, but quite frankly I am feeling a little rejected at this point.  Sniff.

We finally relocated our okra bed behind the dog proof fence.  Last year like the years before we were afflicted with the okra pest caninus chompinski - border collie and westie forms.  I am not sure why okra amnesia causes me to forget how ruthless our canine duo can be on the okra pods.  Granted the extra cold weather for spring 2013 made the plants grow slowly, but once again I was scratching my head on just what kind of bug was eating the okra pods.  Cue border collie skulking guiltily in the background.

This year I put in some plants early and they have just given us our first pods.  I planted a second batch about a month after the first and they are growing well.  I just this weekend put in another half dozen.  In all I have about two dozen plants which will go into full swing soon and provide weekly okra batches.  I love them freshly steamed.  Later in the year when the temperatures soar and you cannot under threat of pain get me to go out into the mosquito laden, humid and MegaSummer garden, these okra pods will grow to about a foot in length where they will become the much sought after dog toys.

So, while I admire and relish the garden of today, I am looking forward to a great summer garden as well.
Posted by Julie Byrd at 2:51 PM