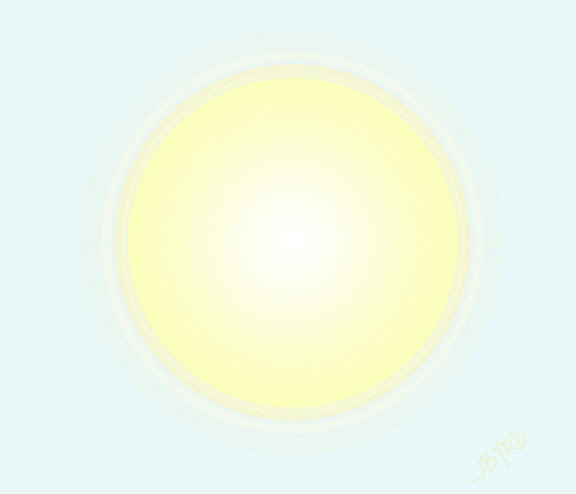 That was the high temperature on Sunday.  105.  It set records for the hottest June 5th in recorded history for this area.  I can't tell you how happy that makes me, mostly because sarcasm is hard to get across in writing.  They also promised us a chance of rain but that was an empty promise.  No rain.

With it this early in the year it is hard not to have all sorts of anticipatory stress about the actual summer.  How many 100 plus days are we going to have?  Is it ever going to rain?  Will the weather forecasters ever stop being so unnaturally happy and perky?   It is not like they have anything new to say these days.  Hot and humid covers it.  But no, they have to justify their existence so they talk about high pressures (currently sitting right over our heads) and lie about the chance of rain (almost a 25% chance for scattered showers).  They also get some sort of thrill now that it is officially hurricane season of looking at amorphous blobs of weather in the Atlantic and speculating on all manner of outcomes.  In the end what it all boils down to is that it is hot and humid.

Having lived on the Gulf coast of Texas most of my life I could write the book on hot and humid.  As children we dealt with it by finding shade and adventure in equal amounts.  Too much shade and not enough adventure meant boredom, but too much adventure and not enough shade could mean heat exhaustion.  It was close, but we usually chose boredom by a thin margin.

I can remember one particularly hot day when my cousin Bobby and I had retreated to the upstairs loft of the barn.  We had the window open and it was so hot this day there were not even wasps to bother.  We languished in the heat trying to get our baked brains to come up with something entertaining.  This was when we discovered the melting point of crayons.  We had a box of crayons and some paper in the loft in order to plan out our adventures.  Not all of the crayons were the same, some being actual Crayola brand but others being some sort of cheaper type.  One of the cheap type had ended up in a patch of sunlight and when I picked it up it was no longer firm and I was able to bend it into a circle.

Just behind the barn and attached to it right below the north facing window was the shed roof.   You could climb out the window onto this roof easily and we often did that when our parents were not looking.  This day putting a bare foot onto that roof was asking for a blister.  It was so hot there were heat waves coming off the top of it.  We decided to melt some more of the crayons so we found an old jar lid and put four crayons into it.  I leaned out the window and Bobby held my legs so I could place the jar top onto the shed roof without having to set foot on it.  After that we waited and watched.  It must be said getting the two of us to sit still was not something that was easily accomplished but given the summer heat of that day, being still was a survival skill.  After several minutes as we watched and nothing changed we began to fidget.

"Do you think they are melted now?" Bobby asked.  "I don't know," I said, "They don't look any different."  He braced my legs and I leaned down for the jar lid, which was now very hot to touch.  As I was lifting the lid the heat became unbearable and I dropped it, scattering all but one of the crayons onto the shed roof.  The one I brought up was Aqua Blue and it was hot enough to bend.  We then set about finding another container and putting more crayons out to melt.

What we learned was that not all crayons melt easily.  The cheaper type melted more because they seemed to be made of some sort of wax.  These we could not only bend but actually mush into a ball shape.  The Crayola brand resisted melting.  Some colors would get hot enough to bend a little but others seemed almost impervious.  Eventually we became frustrated and bored and threw quite a few crayons onto the shed roof in a fit of pique.  There is no boredom like melting crayon boredom.

As an adult I have several hot summer related memories.  There was the year we went without air conditioning.  Daytime was fine because we just stayed out of the house, but nights were endless.  To sleep we pointed three different fans set on high at the bed.  It felt a little like trying to sleep in a hot windstorm.  However, the most memorable summer of heat I can recall was the year we built the greenhouse.

I forget which year it was except that we had more over 100 degree days than any previous record.  For some reason we set about building this greenhouse in August.  The plan was simple.  Dig post holes.  Place landscaping timbers into holes.  Roof with opaque fiberglass panels.  The problem was that it was over 100 degrees and there was no shade.  My husband came up with the ice water idea.  He reasoned that what happened in heat exhaustion was that the brain itself became overheated.  If we had a way to 'chill' the brain the body could work without harm.

So we set up a cooler filled with ice and water.  We placed several towels into the slushy mix.  We would work for a time and when we felt a little hot, we would get a towel out, wring it out and apply it to our necks.  It was deliciously shocking to feel the blast of frigid cold on an overheated body.  It also seemed to do the job of preventing us from becoming overheated.  We started just using the chilled towels on our necks, then we began to place the towels over our heads and under our hats to more directly chill the brain.

Eventually as we continued to work day after day in the miserable heat we came up with the ultimate solution.  It was simple and very effective.  You worked for several minutes until you felt a little hot.  You then went to the ice water cooler and filled a bowl with icy water.  You dumped the icy water over your head.  After you stopped screaming and wriggling you went back to work.  You made sure to repeat this process at least every 20 minutes.

Now there are plenty of people who have done this process purely for recreation.  They sit in a hot tub or sauna until they are hot and then run out into the snow and roll around.  I am not sure what they felt, but I can tell you the contrast of oppressive heat to numbing cold is a shock.  Your body is first all 'Help me I am so hot' to immediately 'Help me I am so cold'.  It not only stops the heat build up to your system it is also very invigorating.  Using this technique we were able to finish building the greenhouse and not suffer heat stroke.

I am not sure what this summer is going to bring us, but if the trend is going to be an early Mega-Summer then I just might be taking an ice water dip sometime soon.