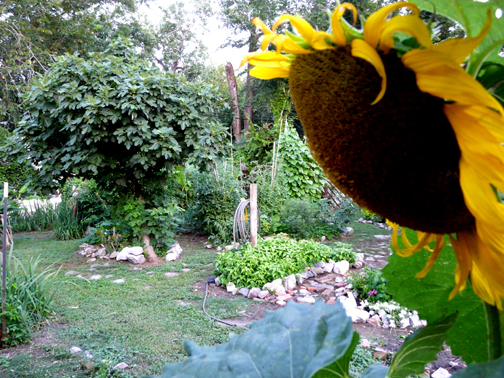 Sometimes it is the unexpected that gives us what we didn't know we were missing. This can definitely be the case when it comes to gardening. Most of the time a gardener sees a 'weed' as anything they did not put into the garden themselves. Weeds for the most part are unwelcome, but if we just relax a little bit we can discover that weeds are truly fabulous in their own right.

The following is a short list of some plants that sprang up in our garden with no assistance from us. We have no idea where they came from and for the most part welcome them in as part of our landscape. Sometimes they can be a little tiresome since they are typically very vigorous in both their growth and spread, but we find that with a little pulling here or there we can be very weed tolerant.

Late winter and Spring are a great time to meet many of these volunteers as they are often the first things that come up after the bleakness of the winter months have worn thin.


Henbit is one of my favorite weeds.  It comes up early each spring and I like the way its leaves make a circle around the stalk.  It has little purple flowers and overall it is dainty and unassuming.  It is actually considered an edible salad green. They say to harvest the young shoots and leaves in the spring. I have considered doing this, but aside from munching on a leaf or two I have never had a henbit salad.


It starts off very tame looking but very soon will smoother just about anything with its wild and abundant growth. Velcro weed is very easy to pull up though so more of a mild nuisance. It becomes much more trouble if I let it get to its seed bearing stage because those little seeds will cling to the dogs fur and create mats. It too is considered an edible green and you are supposed to steam it before eating. A good idea because it isn't called Velcro weed for nothing. The leaves, stems and seeds are all covered with fine, stiff hairs and they cling to everything. Supposedly this plant was the inspiration for the fastener Velcro. Aside from eating its stems and leaves, they also say you can use the seeds as a coffee substitute. I have never eaten this plant, so I can't tell you what it tastes like. I figure if it was spectacular as a steamed green or coffee substitute it would be commercially grown.


I really like this plant and try to keep it in at least one area until it forms its seeds. The blooms are not much to look at being rather small, but I like the fleshy leaves and spiky seed pods. It forms fairly large clumps. Don't eat this one! It is toxic unless you cook it and cook it and cook it again, according to my wild edible plant guide. I figure anything that stays toxic through two cookings is not something I ever want in my mouth.


I like it for its pretty flowers, its purple berries and the fact that it grows tall enough to be good shade for some of my shade loving plants. I know that people do things like dip the flowers in batter and fry them, but I figure if you want to eat fried batter that badly, you might as well just eat a donut. People also dry the fruit and use it in pies and I think they make wine out of the berries. Like many plants though you don't want to eat its leaves, stems or roots. I am not tempted at all because it gives off a weird odor.


It took me a while to find out what this vine was. It looks somewhat like a vine called Greenbriar, but Snailseed is less woody than Greenbriar and also it produces a lot of berries that birds like to eat. I do not like this vine because it grows about a foot a day and will choke out other plants. Before I found out its real name we called it the Sewer vine because my husband first encountered it growing over someones outhouse. If it would just grow on my fences I would like it better.


This is a vine we tolerate more than others due to its beautiful and prolific blooms.  Trumpet vine can be very invasive, but it does pull out by the roots fairly easily when it is young.  We have to watch out because it comes up everywhere. 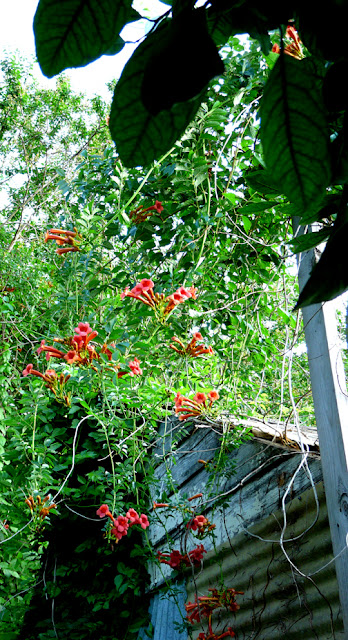 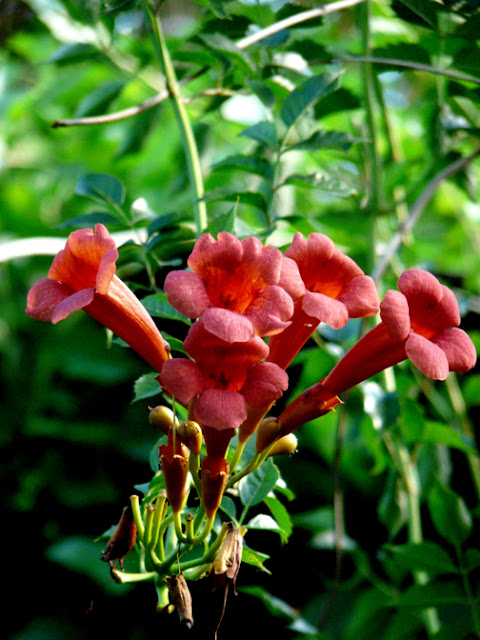 It likes to grow up buildings and trees. We had a long standing vine in our front yard that grew up a tall Chinese tallow tree. The vine was so prolific that its flower masses were all the way up the forty feet of this tree. A whole flock of hummingbirds chased each other around that tree all season long. Unfortunately hurricane Ike put an end to that tree. We still have masses of the Trumpet vine growing along our fences and buildings. It even has a very attractive immature vine. 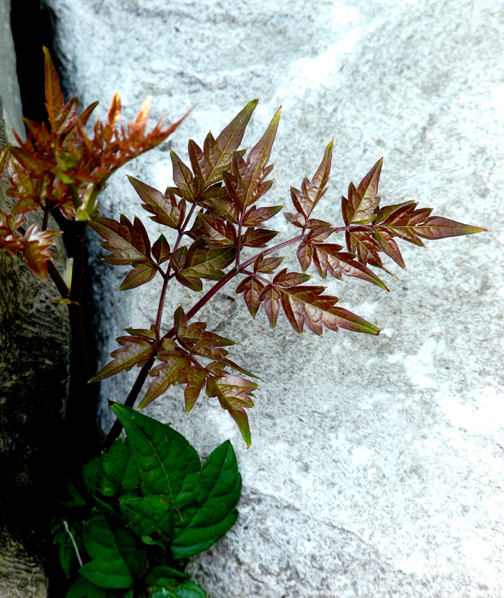 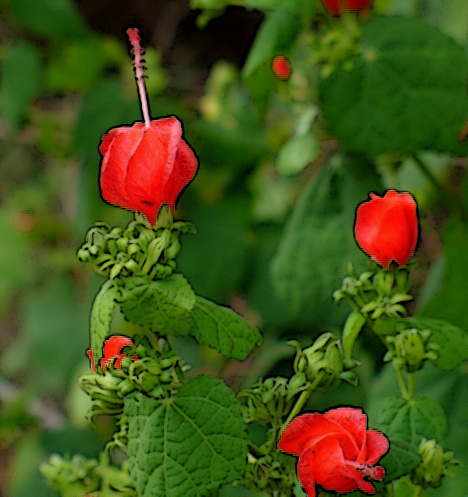 This is another favorite of mine.  Turk's cap is a relative of the hibiscus plants but seems to prefer the shade.  Along with trumpet vine it is also quite attractive to hummingbirds.


It gets its name from the half dollar sized round leaves it bears.  I hear commercials all the time talking about herbicides to help people control their Dollar weed problem. It is one of the easiest plants to pull up, but it does have a lot of runners. I like it because it acts like a living mulch and keeps the soil from drying out.


It will form large stands that can grow about six feet high. Papyrus can be useful as a fence block, but it also sprouts readily from its many seeds. Easy to pull up when young. I guess if things ever got really tough I could learn to make paper from it. Some types of papyrus are edible. I have no idea if this one is or not.


I am not sure if we ever actually deliberately put any of these bulbs in our garden. Elephant Ears sprout up in various locations at will. I try to corral them into one area. If they get enough water and we don't have a winter freeze they will grow quite large.


This is the most fragrant of all our weeds.  I know they are an introduced species but we never put them in our yard. They are a bit of a bother sometimes as you can almost never get the roots. The stems are easy to break off, so I can control them that way. They seem to be mostly a problem when we are digging garden beds as they form these huge root knots that get in the way of the shovel. 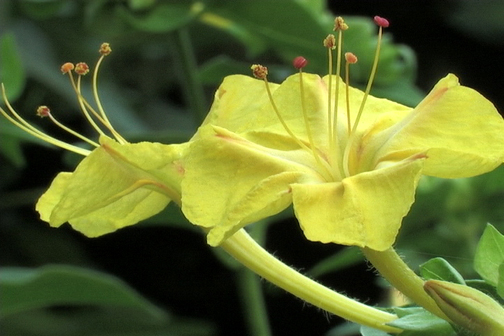 Wow, that's a lot of weeds so far and there are more to go but this is enough of the weeds for one post.
Posted by Julie Byrd at 3:30 PM